The Importance of MDR1/P-gp in Drug-Drug Interaction 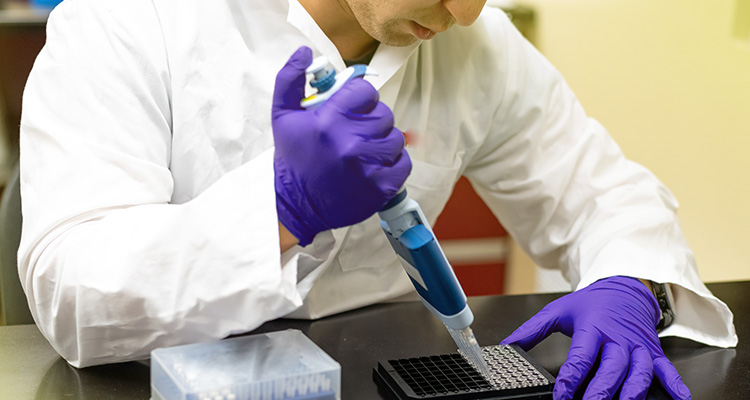 Utilizing the human multidrug resistance protein 1 is a core component of modern drug development as it aids the assessment of drug-drug interaction. Learn more about MDR1 through a brief overview of its function in the human body and its role in public health and safety.

MDR1/P-gp is a transmembrane glycoprotein functioning as an ATP-dependent efflux transporter in the epithelial tissues of the human body. It is highly expressed in gastrointestinal epithelium, liver, pancreatic and kidney cells, and capillary endothelial cells that establish the blood-brain barrier. MDR1 is the common term for multidrug resistance protein 1, which is also known as human P-glycoprotein (P-gp) or ABCB1.

MDR1 plays an important role in limiting the absorption and systemic physiological distribution of xenobiotics and their elimination from the body. This means removing foreign substances from the body by protecting human cells from toxification. P-gp also prevents drugs from penetrating tissues, such as the brain and the gut, and is involved in biliary and renal drug excretion. This explains the findings of MDR1 research that reveal the increased presence of MDR1 around cells that are transformed or tumorous—meaning the effect of MDR1 is amplified and leads to multidrug resistant cancerous cells—and the decreased expression in the brains of patients with Alzheimer’s disease.

Human P-gp inhibitors are made up of twelve membrane-spanning domains and two cytosolic nucleotide-binding domains. Xenobiotic substrates of the MDR1 transporter can range from chemical pollutants to drugs that are intentionally administered for therapeutic benefit.

The Clinical Significance of MDR1/P-gp

MDR1/P-gp is used in vital clinical applications, specifically in vitro toxicology testing related to nuclear receptor assay testing. Researchers determine if a new drug candidate exhibits activity as a substrate or inhibitor of the MDR1 transporter in order to carry out modern drug safety assessment processes. Pinpointing this activity can predict the various ways that a drug will likely behave in a human body, including altering the rate of co-administered drug absorption, distribution, metabolic conversion, and excretion. Reviewing a drug’s relationship to MDR1/P-gp can impact the toxicologic profiles and therapeutic effectiveness of co-administered drugs.

Using scientific tools like an MDR1 drug interaction assay kit helps researchers quickly examine drug candidates and assess their function as substrates, non-substrates, or inhibitors of MDR1 by co-treating cells with varying concentrations of a test drug and a specific concentration of a well-characterized substrate for P-gp mediated transport. An assay such as this is important in conducting drug-drug interaction (DDI) and drug safety assessments.

Because drug-drug interactions can be dangerous for public health—primarily based on its role in intestinal absorption—and potential liabilities for drug development companies, the United States Food and Drug Administration mandates the evaluation of drugs as interactors with MDR1/P-gp. In fact, both the FDA and the European Medicines Agency (EMA) recommend the exploration of drug interaction in drug development via at least two in vitro human P-gp tests. Data from these tests are typically required in regulatory submissions.

Do you have questions about human MDR1 and relevant assay kits and related services? Request information from INDIGO Biosciences to learn more, explore related testing, and request your custom nuclear receptor and toxicology research studies.