How Nuclear Receptor Profiling Can Determine the Fate of Your Compounds 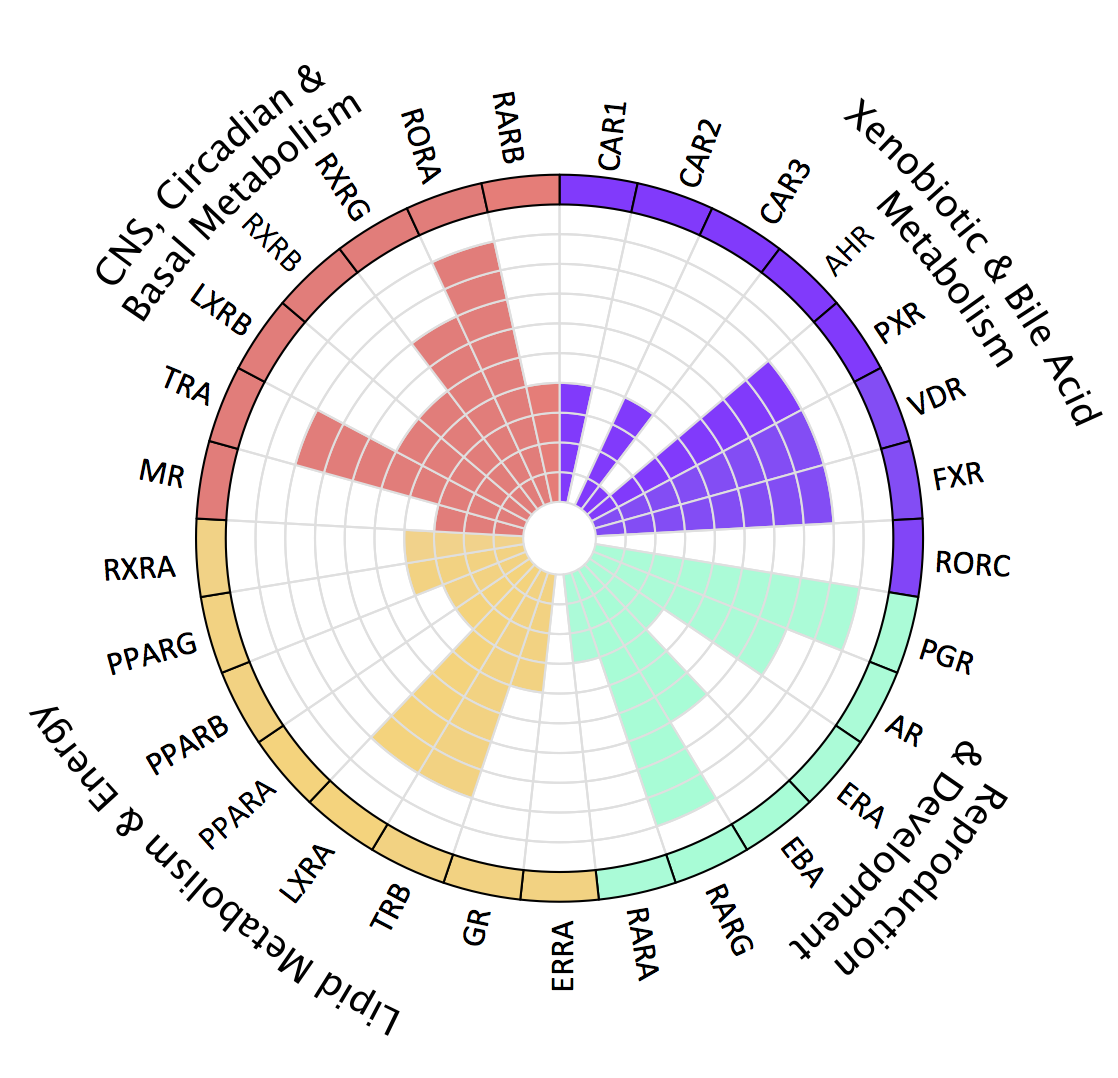 To Be or Not to Be: How Nuclear Receptor Profiling Can Determine the Fate of Your Compounds

Nuclear receptors act as transcription factors that mediate the effects of hormones, drugs, and other xenobiotics by regulating the expression of specific genes involved in many cellular functions including development, reproduction, and metabolism. The target gene and protein expression patterns of nuclear receptors and their physiological effects create a network that can be monitored by multimodal approaches, such as systems biology. Therefore, defining the biological niche of each nuclear receptor and understanding their overlapping pathways and functions can provide value to discovery researchers when evaluating a potential compound’s promise and liabilities.

Classifying the system that each nuclear receptor participates in can be approached in multiple ways. One way to classify nuclear receptors is through looking at the sequence similarity of receptors. Another classification method involves understanding the potential disease states or indications the receptors are implicated in. For example, research on Non-Alcoholic Fatty Liver Disease and Non-Alcoholic Steatohepatitis indicates drug and treatment discovery relies on the activation or suppression of receptors such as FXR, PPARg, and PXR, among others. An additional method of functional classification of nuclear receptors is to classify them based on the transcriptional networks they operate in, which can be broken down into four categories: CNS, Circadian and Basal Metabolism; Lipid Metabolism and Energy; Reproduction and Development; and Xenobiotic and Bile Acid Metabolism.

Benefit of Screening Compounds Based on Functional Classification

Although a dominant idea in drug discovery is to design extremely selective compounds to act on individual nuclear receptor targets, many effective drugs act by affecting multiple receptors rather than a single target. Research in systems biology is revealing a network structure that strongly suggests selective compounds, compared with multitarget drugs, may exhibit lower than desired clinical efficacy. This has significant implications for the two major sources of attrition in drug development: efficacy and toxicity.

With nuclear receptors involved in so many cellular functions it is important for drug discovery researchers to understand a compound’s entire nuclear receptor profile. This enables the researcher to understand not only the on-target effects, but also off-target effects including the potential for drug-drug interactions. With information on the full nuclear receptor profile of a compound based on functional classifications, it becomes much easier to make critical decisions on that compound’s fate. While there are seldom clear black-and-white answers on the best candidate to move forward to clinical trials, the information provided in a profiling screen using functional classifications can provide valuable context for evaluating a compound’s promise and liabilities.