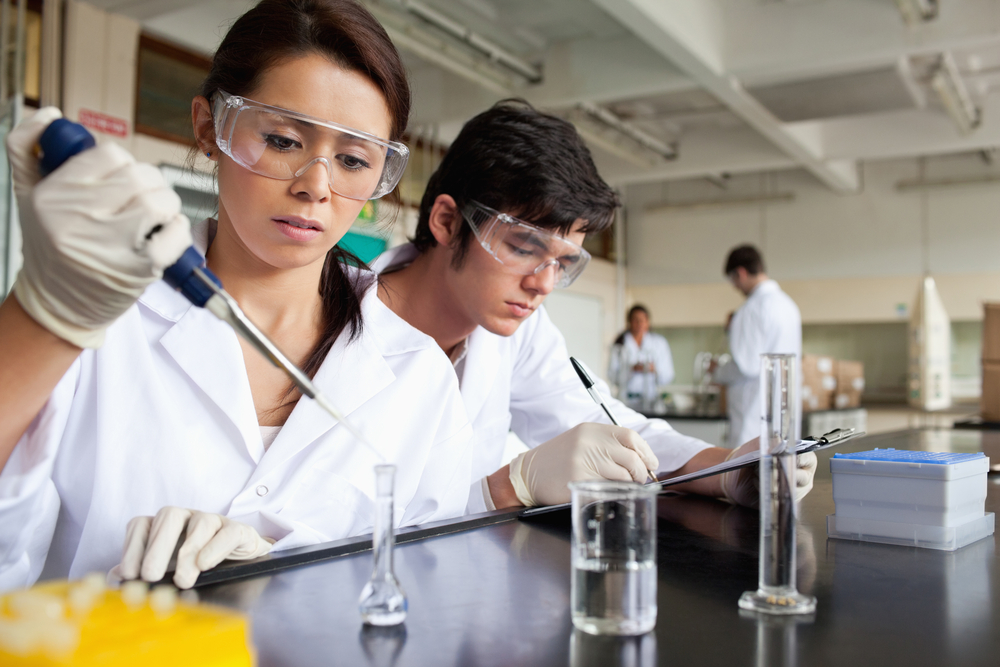 What are Growth Factors and How Do They Work?

First discovered by Rita Levi-Montalcini, growth factors are compact polypeptides, that bind to transmembrane receptors harboring kinase activity, to stimulate specific combinations of intracellular signaling pathways. The intracellular signaling pathways that are activated by growth factors are mitogen-activated protein kinase (MAPK), phosphatidylinositol 3-kinase (PI3K), phospholipase C-γ, and transcription factors like the signal transducers and activators of transcription (STATs) or SMAD proteins. This activation of growth factor receptors creates a short, time-limited signal, which causes different parts of cellular proliferation and differentiation such as mitosis, clonal expansion, gene regulation, and cell apoptosis. Unlike hormones which have a wider systemic influence, growth factors usually transmit signals between cells to modulate their activity. They act as chemical messengers, communicating with different cells to stimulate growth. Depending on their function, growth factors can produce endocrine, paracrine, autocrine, or juxtracrine responses in cells.

Key Growth Factors and Their Receptors

The Epidermal Growth Factor (EGF) was one of the first growth factors to be identified. The EGF family is a member of the receptor tyrosine kinases family, and consists of four members: EGFR, ErbB2, ErbB3, and ErbB4. Activated EGF receptors are known to signal through several different pathways, including those mediated by Ras, PI3K, PLC-γ, and JAK, culminating in the activation of specific transcription factors and the induction of respective target genes. Phosphorylation and activation of the transcription factor STAT3 is one prominent pathway utilized by EGFR1. EGFR plays an essential role in regulating cell proliferation, survival, differentiation, and migration.

Growth hormone-dependent activation of the Growth Hormone Receptor modulates the production and secretion of insulin-like growth factor-1 (IGF-1). IGF1 is produced primarily in the liver under the control of the growth hormone which is known as the GH-IGF1 axis. The insulin-like growth factor system is essential for growth and survival that suppresses apoptosis and promotes cell cycle progression, angiogenesis, and metastatic activities in various cancers. The chronic imbalance of growth hormone production can also impact the development of body mass and size, insulin sensitivity, oncogenesis, and the onset of obesity, liver disease, and age-related diseases.

Transforming Growth Factor beta exists in three isoforms TGF-β1, TGF-β2, and TGF-β3. Some cells secrete and respond to TGF-β in an autocrine manner. This cytokine induces a cytostatic effect on many epithelial cell types and is also able to control proliferation, differentiation, and programmed cell death in most other cell types because the receptors, heterotetrametric serine/threonine kinases, are widely expressed in derivatives of all three embryonic cell layers. Among TGFβR's functions is the regulation of inflammatory processes, particularly in the gut. It also plays a crucial role in stem cell differentiation, as well as T-cell regulation and differentiation.

There are numerous isoforms of the physiological signaling molecule, vascular epidermal growth factor. Activated VEGF Receptors signal through several different pathways, among the most prominent are Src, GRB2/Shc/SOS, PI3K, PLC-gamma and JAK/STAT. These various signal transduction pathways culminate in the activation of specific transcription factors and the induction of their respective target genes. VEGF is a master regulator of the normal physiological processes of angiogenesis, lymphangiogenesis, and vasculogenesis.

Abnormal production and regulation of a growth factor can play a role in the progression of disease. Since growth factors play roles in cell proliferation and differentiation, they have direct applications as therapeutics avenues for drug discovery including cardiovascular, hematologic, and oncologic diseases, as well as wound healing. For example, since VEGF stimulates angiogenesis, this receptor can be targeted to create new blood vessels to improve the outcome of someone with cardiovascular disease. VEGF receptors can also be targeted by compounds for antagonist activities to inhibit vascular development in tumors. Growth factors such as EGF and its stimulation of the proliferation and migration of epithelial cells, as well as TGFβ and its role in stem cell differentiation, makes both potential targets to improve burn healing and prevent wound healing failures which can lead to sepsis and multiple organ failure.
Quantitatively assessing the bioactivity of compounds in vitro as agonists or antagonists of growth factor receptors can assist researchers by providing critical data on signal pathway activation. Using cell-based assays like those used in INDIGO’s kits and services can help researchers understand receptor functioning and help make important drug development decisions.